Recent happenings around the world, instigated by the murder of George Floyd, an African-American male by a white police officer in Minneapolis in the United States of America, has brought back to the fore conversations about racism, xenophobia and ethnocentrism.

These vices are the outcome of political, economic and cultural constructs that trace back to colonialism, imperialism and slavery, against the backdrop of white supremacy and unbridled capitalism.

The impact of these vices are tangible in the abhorrent inequalities that exist between black and white communities in America, the economic inequalities between Africa and other continents, inferiority and division within the global black community generally, the false sense of nationalism that has fueled conflicts in Africa and other forms of segregation that stall regional integration and globalization. 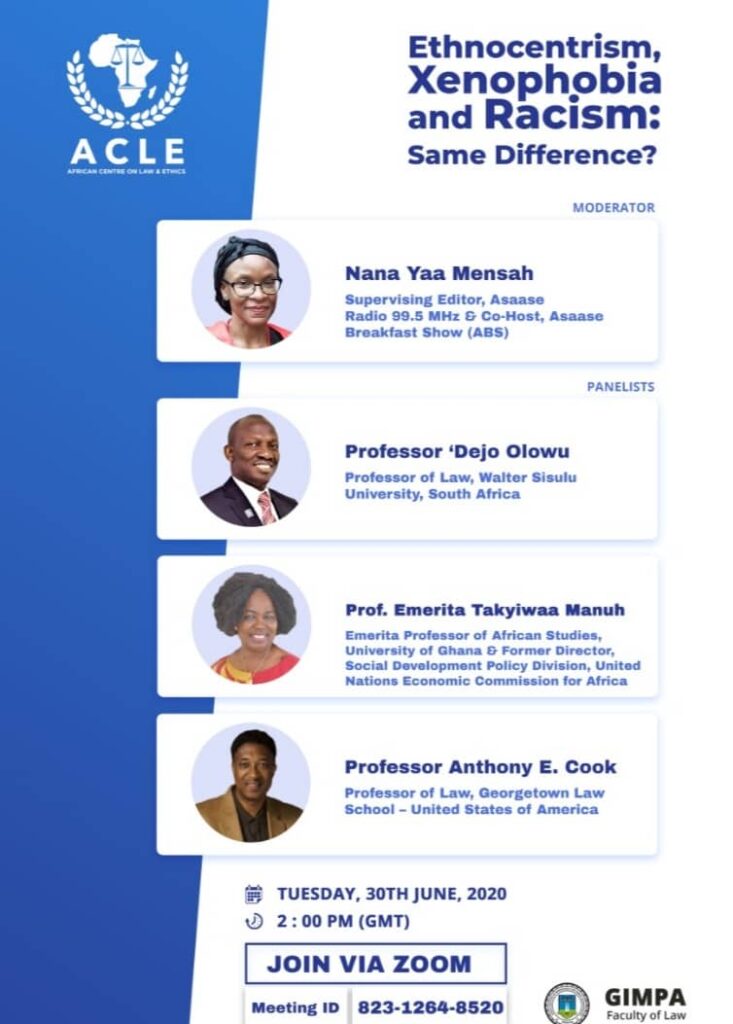 Notwithstanding the complicated and multilayered nature of the problems, there is the need to facilitate conversations in consolidating and unifying our efforts to combat these issues on a political, economic and cultural levels, in ways that transcend physical boundaries.

The National Cyber Security Centre (NCSC) of the Ministry of Communications, in collaboration with the …

Powered by WordPress | Designed by TieLabs
© Copyright 2021, All Rights Reserved