E/R: Tonnes of Maize rot away as no buyers exist

Several metric tonnes of maize are going waste in Maame-Krobo in the Afram Plains South District of the Eastern Region due to inadequate buyers.

Maame Krobo is known for the large production of maize, however, Maize farmers in the farming community are struggling to get buyers for tonnes of maize harvested this year.

According to the farmers, whereas government approved farm gate price for a 50kg sack of maize is Ghc60, few traders who buy from them pay a paltry Ghc90 for a large sack of maize which weighs about 130kg. In spite of the variation in prices, the buyers are not forthcoming creating anxiety among farmers.

“Ploughing an acre of land cost Gh140, planting of maize cost Ghc70, spraying around Ghc80 for twice a before harvesting.Then cropping, Ghc140, then the labourers so you will spend close to Ghc700 cedis per acre of maize farm so it is expensive but the Price the buyers are given us is not helpful” Godwin Mensah, a farmer lamented to Starr News Eastern Regional Correspondent Kojo Ansah.

According to the farmers bad market price and inadequate buyers for their produce is discouraging the youth adding that they are unable to pay their creditors.

“The government says we the youth should go into agric yet we don’t have good prices for our produce. After suffering to farm they come here to cheat as but because we also need money to pay our creditors we sell it cheaply even with that we are not getting buyers the maize are rotting. Now we have erected cages that we are using as storage facilities but these cages are not able store more maize”.

The farmers are appealing to government to come to their aid to buy the maize in the area.

“We want the government to come and buy the maize from us to the warehouse because they are spoiling here. There are two warehouse in Forifori and Maame Krobo junction but are not operational we don’t know why”. 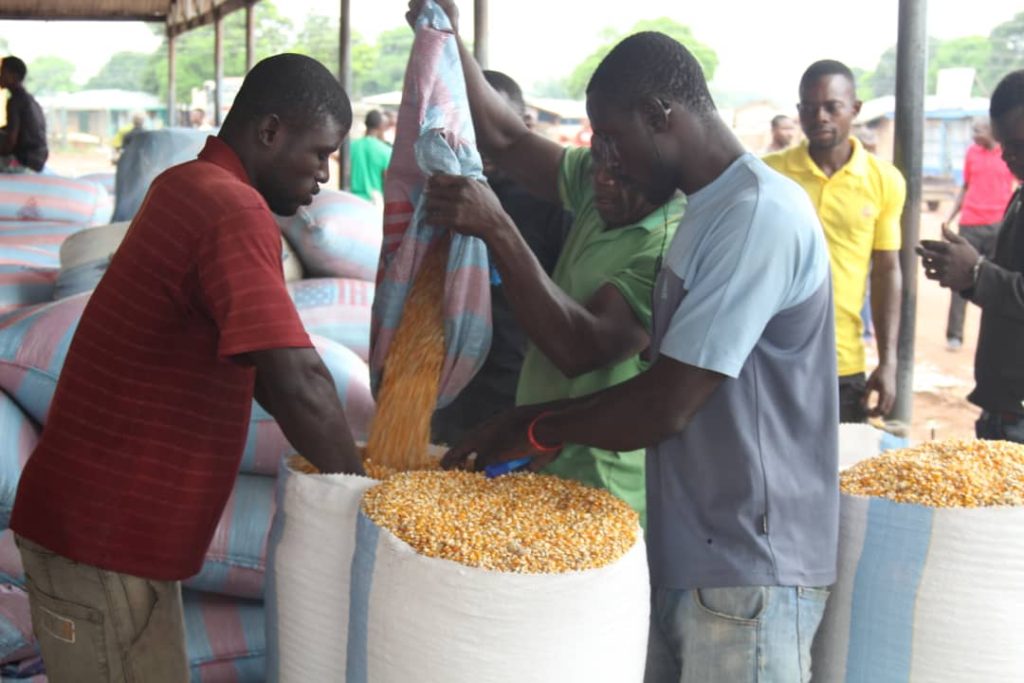 The farmers want the intervention of the National Food Buffer Stock Company institution mandated to ensure the stability of food grain supply and price which is of continuous concern to the government.

NAFCO provide minimum guaranteed price and ready market, mop up excess produce from all farmers in order to reduce post harvest losses resulting from spoilage due to poor storage, thereby protecting farm incomes but maize farmers in Maame Krobo are not benefiting from the services of the company.

A former Member of Parliament for the area, Joseph Appiah, now the Parliamentary candidate believe it is important to market produce in the area to attract lore buyers.

“Our major problem in this area is high post harvest losses due to multiple factors of bad roads and inadequate buyers so I believe we need to fix these challenges, advertise to attract more buyers “.

Further delay in government interventions will worsen the situation at Maame Krobo as tonnes of Maize continue to go waste.