President Nana Addo Dankwa Akufo-Addo says Ghana stands ready to host the Secretariat of the African Continental Free Trade Area (AfCFTA) which would be responsible for the implementation of the African Union’s agenda of creating a single African market to boost trade on the continent.

Addressing a fact-finding delegation of the African Continental Free Trade Area of the African Union (AU) at the Jubilee House when they paid a courtesy call on him, President Akufo-Addo said Ghana has played a very active part on the African continent in ensuring its unity throughout the history of the continent and would like to continue in that role as far as the AfCFTA, is concerned.

“We thought that it will be meaningful also, because we have the facilities, to offer our capital as the site of the secretariat of the trade area now that it is legally a reality,” Akufo-Addo said. 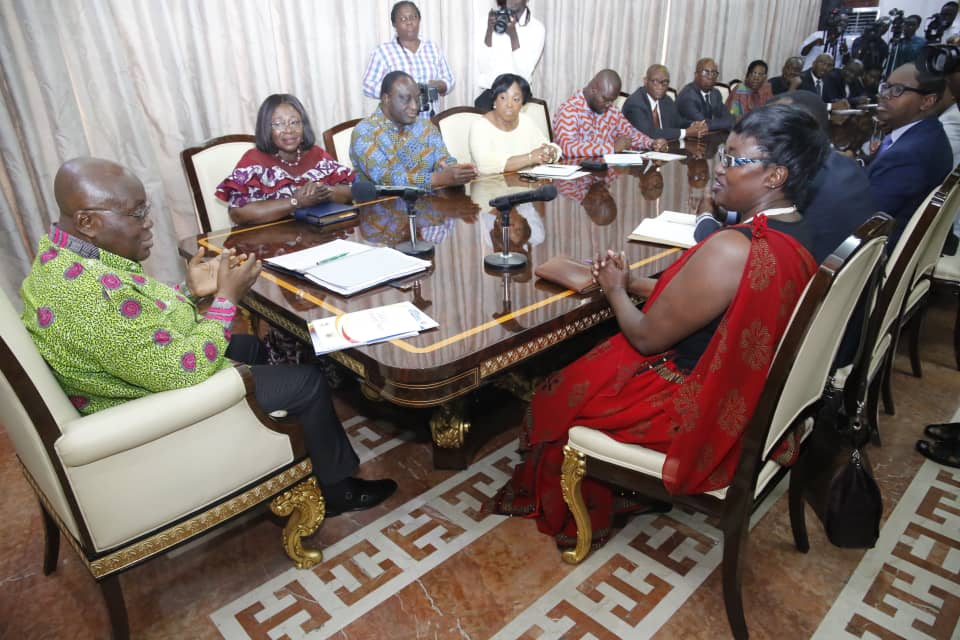 President Akufo-Addo, recalled how that it was former President John Evans Atta Mills, who moved the motion for the adoption of the continental free trade concept and that demonstrates Ghana’s systematic involvement in the AfCFTA.

“We believe we have the facilities here to be able to provide an efficient centre for the work of the Secretariat and above all I think it is time AU itself did something to recognize Ghana’s sacrifices and role and moves that have been made in bringing us all together,” the President stated.

Ghana is one of the 52 out of the 54 African countries that have ratified the AfCFTA agreement. The agreement creates a single market for goods and services facilitated by the free movement of persons in order to deepen the economic interest of the African continent in accordance with the pan African vision. African heads and governments in 2012 agreed to the establishment of a continental free trade but only started negotiations in 2015. Expected to be signed by all the 55-member states of the African Union, the agreement will bring 1.2 billion people with a combined Gross Domestic Product (GDP) of more than $2 trillion. The agreement will also liberalise services and aims to tackle so-called “non-tariff barriers” which hamper trade between African countries, such as long delays at the border. This will eventually ensure free movement of people and possibly a single currency could become part of the free trade area.

President Akufo-Addo expressed hope that after the four-day fact-finding mission, the team would leave Ghana convinced about Ghana’s bid.

“We anticipate that when it comes to writing your report, Ghana will feature very strongly in it,” the President said.

Ambassador Rosette Nyirinkindi Katungye, in a brief remark said the delegation is looking forward very much to its tour of Ghana. Amongst other things, the bid team of Ghana led by the Minister for Trade and Industry will present Ghana’s file to the delegation. The two teams will visit the Export Trade House, which is the proposed building for the AfCFTA Secretariat. They will also visit the Accra International Conference Centre, Ghana International School and Chain Homes Residence, the proposed residence for the head of the Agency. The fact-finding delegation before departing Ghana on 16th of May, 2019, will visit the Asantehene Otumfuo Osei Tutu II at the Manhyia Palace.

Previous Akufo-Addo begins tour of new regions
Next Terrorist attacks: Churches should not rely on state security for protection – analyst